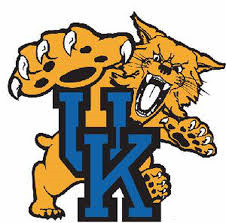 It is with great sadness that the family of Bradley Todd Ray announce his passing on September 18, 2021 at the age of 35. Brad will always be remembered and greatly missed by his parents Greg and Shelly Ray and Carol Compton and fiancé Phillip Nunley. Brad was affectionately known by his siblings-Lyle (Amber) Ray, Breanna Ray, Mikah McKnight and Clay McKnight as the “spoiled one”, but they were often the source of that spoiling. Uncle Brad has left a void in the lives of Izaiah and Zoe Jude, Lynnlee Ray and Jailyn, Jaxen and Sloan Perry. Brad loved his grandparents Audrey Ray, Mary Compton, Bill and Nancy Christian. He was preceded in death by his grandfathers Charles Ray and John Compton and an uncle Bryan Compton.
Brad’s extended family are also saddened by his passing. Aunts--Pam (Andy) McDowell, Carol (Joey) Duvall, Sheri (Kevin) Ashley, Stacy Collins, Uncles--Mike Compton and Jeff (Sabra) Ray, Cousins--Michael McDowell, Jeanna McDowell, Sky Compton, Brett Compton, Cristopher Duvall, Kyle Sexton, Kadin Ashley, Kennedy Ashley, Karli Ashley and Haley Estep.
Brad was born October 29, 1985 in Ashland, Kentucky. Psalm 139:14-- I praise you because I am fearfully and wonderfully made; your works are wonderful, I know that full well. It didn’t take long after he was born to realize that Brad was unique. Brad marched to his own drum and on most occasions, everyone else marched to that same drum. Brad would never let what others saw as a handicap hold him back from doing what he wanted to do…he never focused on the things he could not do because he was too busy doing the things he could.
Brad was a social person who loved people and never met a stranger. If you were his friend, he cherished your friendship. He was proud to know you and even more proud if you knew him and his name. Wonder what he thought when his heavenly father called his name…Brad Ray, you’re coming home.
Through the years, most of Brad’s jobs were voluntary. He worked hard to do his best at any given job and enjoyed the opportunity. One of his jobs at church was taking the offering up. He waited patiently for the pastor to say, “let’s take up the offering”. He was eager to do it. So much so that if you were sitting on the outside, chances are your toes were stepped on. Nothing was going to stand in his way. Another job was to ring the bell to dismiss Sunday school. He would stand beside the bell, eyes on his watch and the second the watch displayed the dismissal time, he pushed the button. Faithful to the responsibility given to him. During middle school his job was to take care of putting the flag up and down each day. No one had to remind him. It was his job and he did it. Although he had many jobs, his favorite was running the scoreboard at local baseball games. He would sit in the hot press box for hours as long as he had an occasional hot dog and blue All Sport.
Brad completed high school at Paul G. Blazer, Class of 2004. To meet his needs after high school, he moved to Louisville. Brad made friends, worked and adapted to his new life. Later, in order to meet some medical needs, Brad moved to Oakwood in Somerset. Brad soon became part of the Oakwood family where he made many friends and was happy at home.
Brad was an inspiration to many. In spite of his uniqueness, Brad lived a full life. He traveled, played sports, worked and he was content. Some would say he was special, and his family would respond…you have no idea just how special he was and what he brought to his friends and family by just being Brad.
His laugh, his smile, his scowl…we are going to miss him, but are comforted in the promise that one day we will be reunited. John 3:16—For God so loved the world that he gave his one and only Son, that whosoever believes in him shall not perish but have eternal life.
The family would like to acknowledge their appreciation to the staff at Oakwood in Somerset, the hospital staff at Lake Cumberland Regional Hospital and the staff at Ashland Community Hospice. We will forever be grateful for the kindness and excellent care you extended to Brad.

Funeral services will be held 1:00 pm Tuesday, September 21, 2021 at the Steen Funeral Home Central Avenue Chapel by Pastor Kenny Martin, III and Kenny Martin, Jr.
Visitation will be prior to services on Tuesday at the funeral home from 11:00am till service time.
Burial will be in the Golden Oaks Memorial Gardens in Ashland.
In lieu of flowers, donations in Brad’s memory may be made to Community Hospice, 1480 Carter Avenue, Ashland, KY 41101
To express a condolence to his family or to share a memory of Brad, please visit www.steenfuneralhome.com