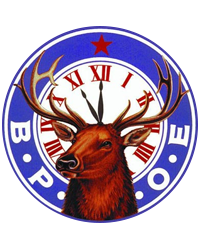 Edward Richard “Dick” “Preacher” Patrick, 92, of Ashland, died peacefully Tuesday morning, July 2, 2019, at the Community Hospice Care Center.
He was born September 12, 1926, in Ashland, Kentucky, a son of the late Arthur and Hattie Marie Urban Patrick. In addition to his parents, he was preceded in death by his loving wife of 62 years, Ida “Sis” Stewart Patrick; two sons, Richard Lee Patrick and Daryle E. Patrick; sisters, Virginia Schlapp and Jenevie Miller McPeek; and a brother, Arthur Patrick.
Dick worked for the City of Ashland for 23 ½ years and retired as Superintendent of Ashland Water Distribution. He then went to Scope Towers as Building Maintenance Supervisory for 14 years before retiring again. He went to work for Ashland Elks B.P.O.E. 350 and American Legion Post 76 as official doorman for both clubs.
He proudly served his country in the Navy Seabees in WWII for 37 months. He was only 16 years old when he enlisted. He was in the Invasion of Okinawa and survived a typhoon where he lost everything he had with him. He boarded the U.S. Ticonderoga aircraft carrier going to Seattle WA and on to the Great Lakes for discharge with only the clothes on his back.
In 2002 he was honored with his high school diploma at the age of 76 by Ashland High School. He was a Kentucky Colonel and was a member of the Ashland Moose Club, American Legion Post 76 and Elks Lodge B.P.O.E. 350.
Those left to cherish his memory include two daughter in laws, Jacqui Patrick and Jenny Patrick of Ashland; granddaughter, Tiffany (Ben) Johnson of Kansas; grandsons, Steven (Stacy) Patrick of Ashland, and Richard (Tracey) Patrick of Ashland; brother, James (Marsha) Patrick of Covington, KY; seven great grandchildren, Dylan Patrick, Camryn Patrick, Riley Johnson, Sophia Johnson, Alyvia Patrick, Taylor Donahoe and Emma Patrick.
An Elks and Funeral service will be held at 1:00 p.m. Friday, July 5, 2019 at Steen Funeral Home Central Avenue Chapel. Burial will follow at Golden Oaks Memorial Gardens where military honors will be provided by the U.S. Navy and American Legion Kenova Post 93.
Visitation will be from 11 a.m. until 1p.m. Friday, at the funeral home.
In lieu of flowers, donations may be made to the Elks B.P.O.E. 350, Children’s Christmas Party, 900 Carter Avenue, Ashland, KY 41101 or to Community Hospice 1480 Carter Avenue, Ashland, KY 41101.
To share a remembrance of Dick or to express a condolence to his family, please visit: www.steenfuneralhome.com.

To send flowers to the family or plant a tree in memory of Edward Richard "Dick" "Preacher" Patrick, please visit our floral store.