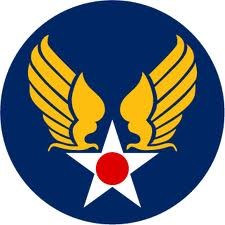 
HART, ROBERT (BOB) L., 95. Born May 21, 1925, in Ashland, Ky. Passed away May 18, 2021. He is
survived by Barbara Irwin Hart, his loving wife of 61 years, his 4 children Heather E. (Joe) Wright, R.
Edward (Anne) Hart, Matthew I. (Kimberly) Hart, Dr. Timothy S. (Karen) Hart, his 8 grandchildren Amber
(Jeremy) Diamond, Katherine (Blake) Rehberg, Erin (Cory) Hart, Bob Hart, Laci Hart, Chloe Hart, Zach
Hart, and Abigail Hart, and his 3 great-grandchildren Jack Rehberg, Davis Rehberg, and Harlow Diamond.
He was preceded in death by his mother Jessie McKnight Lathram, father Hobart A. Hart, and first wife
Leslie Lyons Hart. During his life of many twists and turns he always kept a positive attitude. Most
notably, he was one of the few survivors of the TWA Flight 128 in November 1967 at Greater Cincinnati
Airport. A book was written about the air disasters near this airport and the author writes "Due to his
burns, Hart could not touch anyone nor could anyone touch him. As a result of this circumstance,
Frankie Valli's hit 1967 song "Can't take my eyes off of you" became very special to Bob and Barbara
during the recovery". He served as a Lieutenant in the Army Air Corp. during WWII and earned his wings
as a navigator and bombardier. After the war ended, he earned an accounting degree from Marshall
College. He worked as an IRS agent and as the Business Manager for the Ashland Public Schools. He was
a past member of Lions Club, Jaycees, and served on the guidance board for the construction of Paul G.
Blazer HS. He was a devoted member of Ashland United Methodist Church and in recent years enjoyed
sharing stories at the Ashland Senior Center. In lieu of flowers contributions can be sent to First United
Methodist Church, Ashland Senior Center, or Community Hospice. Bob will be greatly missed by his
family and many friends.
Funeral services will be held at 1:00 p.m. Friday, May 21, 2021, at STEEN FUNERAL HOME CENTRAL AVENUE CHAPEL with Pastor Jeff Bramel officiating. Burial will follow in Ashland Cemetery.
Visitation will begin at 11:00 a.m. Friday, at the funeral home.
To share a remembrance of Bob or to express a condolence to his family, please visit: steenfuneralhome.com.

Video is available for this event