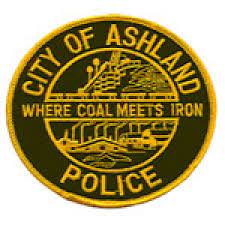 Thomas Edgar Kelley, 79, of Ashland, passed away Tuesday morning at the Hospice Care Center in Ashland. Tom was born December 1, 1941 in Ashland, a son of the late William Forest and Ethel Dean Kelley. In addition to his parents, Tom was preceded in death by his brother Richard Kelley and his sister Helen Kelley Wallace.
Tom attended Ashland Community College and Eastern Kentucky University. He was hired by the Ashland Police Department in 1963 as a patrolman, the beginning of a career that would span for over 43 years in law enforcement. He rose through the ranks of Sergeant of records and identification, field and patrol division, Lieutenant Watch Commander, Captain of criminal Investigation division, patrol division and auxiliary services division, was Acting Police Chief and appointed Chief of Police November 1999 and served in that capacity until April 2006.
Tom held many positions throughout the community serving as officer in both the Ashland American Little League and Babe Ruth Baseball League, director of FADE drug task force, chairman of the tri-state law enforcement council, was a certified Kentucky police instructor, member and past president of the FOP Ashland Lodge #3, member of the Kentucky and International association of Chiefs of Police, Kentucky peace officers association and a member of the Elks Lodge BPOE #350.
He co-authored the original Kentucky Police Officers Manual and provided technical assistance and advice to the Commissioner of the Bureau of Training and the Kentucky Department of Justice in planning, coordinating, printing and distribution of the manual to all police officers in the Commonwealth.
Tom served on various state committees dealing with police training including the Kentucky Crime Commission Task Force established by former Gov. Louie Nunn, which recommended, what is now the Department of Criminal Justice Training, Kentucky Representatives from 1st and 2nd class cities and was Instrumental on issuing policy statements on prevention, courts and corrections.
When President Nixon visited Ashland, Tom’s role was planning with the advance team for inner perimeter protection. He acted as event coordinator for President George and First Lady Barbara Bush’s visit to Ashland as well as planning and protection for Tipper Gore and was Officer in Charge when President Bill Clinton made a stop in Ashland.
Those left to cherish his memory include his loving wife Brenda Senters Kelley of Ashland, son William T. Kelley and wife Angela of Ashland, daughter Tracey Lynn Kelley of Ashland, grandchildren Christopher Kelley (Katelyn), Carrie Kelley, great granddaughter Coraline Kelley and a host of extended family and friends.
Funeral services will be held 1:00pm Saturday, September 4, 2021 at the Steen Funeral Home Central Avenue Chapel by Pastor Richard Suman. Tom’s great nephew Noah Roberts will read a eulogy.
Burial will be in the Ashland Cemetery.
Visitation will be Friday evening from 5 to 8 pm at the funeral home.
In lieu of flowers, donations in Tom’s memory may be made to Community Hospice, 1480 Carter Avenue, Ashland, KY 41101 or to the National Law Enforcement Officers Memorial at lawmemorial.org
Condolences to the family may be made to www.steenfuneralhome.com

Video is available for this event